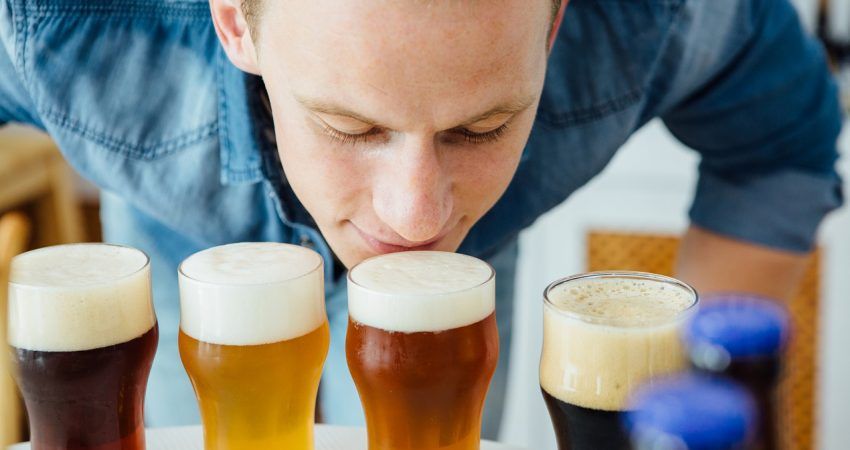 What does it mean that the beer is flavored?

Beer is undoubtedly a specific drink, even if we are not beer connoisseurs. It is, on the one hand, alcohol, on the other hand a liquid that can quench thirst, on the other hand it is a drink that satisfies our desire to feel a particular taste and smell. We can also value its color, or the texture and characteristics of its head, its originality and individuality, or on the contrary – its repeatability, maintained for years. More and more often we hear about flavored beers, however, we mostly receive general, not very precise information. What is aromatized beer and what is not aromatized beer?

Answer to the question, What is flavored beer and what characterizes them is seemingly easy, because after all everyone thinks they know what aroma is. The thing is, the very moment we are asked to define the word “flavor”, a problem arises. For what it actually is? The PWN dictionary of the Polish language (Słownik języka polskiego PWN) will give us two answers: it is “a pleasant smell” or “a mixture of natural or synthetic aromatic and flavour compounds used to flavour food products and medicines”. Aroma is not the same as simply smelling, or a mixture of smell and aftertaste. And this is how we sometimes try to define it.

As the definition of the word “aroma” suggests, flavored beer contains aroma and flavor compounds. For a more detailed explanation of the topic we asked the experts who deal with Pilsvar beers. Ingredients that enhance the aroma and flavor of the final product, such as beer, are added at the wort (beer-making intermediate) stage or after alcoholic fermentation is complete. Especially appreciated on the market Flavored beers are craft beers are produced in kraft breweries. Examples of such beers are products of our specialists. The first of them is Aloe Vera Beer with Honey, enriched with natural Aloe Vera juice and natural Curacao honey. The next are Cane Malt Beer enriched with natural cane sugar.

Finally, we should add, which beverages flavoured beers should not be confused with. Flavoured beers are not mixtures of beer with flavoured soft drinks such as shandy (an alcoholic drink made from a combination of pale beer and white lemonade) or radler (a combination of beer and an orangeade-type drink with citrus or other flavours). These are flavored low-alcohol drinks – but not flavored beers.

This may be a good place to introduce yourself and your site or include some credits.